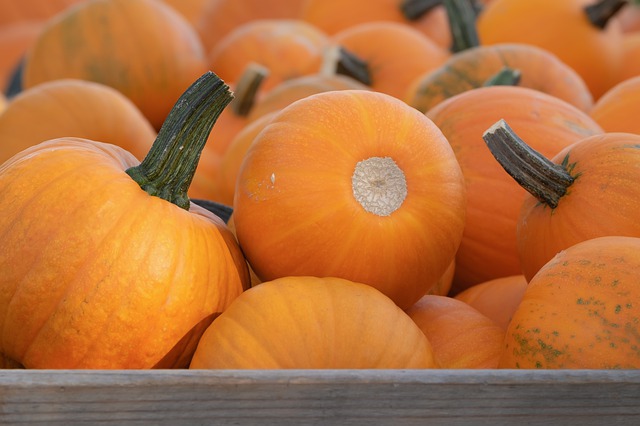 The first time I made stuffed squash for my father, he turned to me after finishing his slice and said: “That wasn’t nearly as bad as I thought it was going to be.” High praise. My father is a man who believes a meal isn’t a meal without some meat on the plate. My stuffed squash had none.

It was a recipe I was developing for Thanksgiving, a day when many people assume there will be turkey on the table. But not every family likes nor wants turkey. Can it be a holiday without a giant roast bird at the center of the feast? Without the ceremony of awkwardly carving it in front of everyone? I think so.

This year, my colleague Rachel Gurjar and I decided to develop our own versions of the ultimate squash-centric vegetarian Thanksgiving main dish. By happenstance, not design, these recipes both wound up being vegan. Rachel’s is a Southeast Asian-inspired curry: big wedges of butternut squash braised in coconut milk, perfumed with garlic and ginger, and topped with crunchy slivered almonds and brazenly fresh cilantro. It gets a mild kick from Kashmiri chile, which also adds subtle fruitiness. (You can also use mild paprika—or hot, if you’re into it—in its place.)

Rachel says other squashes, such as kabocha or acorn, would work as well as the butternut—the key is to leave it in big, substantial pieces. “The big wedges make this dish feel more like a holiday centerpiece,” she says. “The chunks get super tender and absorb all the coconut fat and flavor until they reach a melt-in-your-mouth texture.” The sweet, savory, nutty sauce works wonders on a pile of rice, but you can consider it gravy for whatever other dishes you have going, too.

For my stuffed squash, you’ll want to stick to kabocha, or choose a similarly sized squash that can sit flat while roasting. It’s inspired by Moroccan tagine—a dish usually cooked in an enclosed clay pot—and consists of a whole squash that’s hollowed out and filled with a robustly spiced mix of steamed grains, earthy-sweet vegetables, and chewy dried fruit.

You’ll start by charring whole pitted green olives in a dry pan. The large pieces give the dish a satisfying bite and the blistering adds a wonderfully savory dimension. You’ll then sauté chopped parsnips and red onion with cumin, ground ginger, and allspice in the same pan before toasting and par-cooking barley. After tossing all of that with dried apricots and figs, you’ll spoon the mixture into the squash, followed by a little bit of water or, if you’d like, vegetable broth (though the dish will be full of flavor even without it).

The whole thing roasts with its lid fit into place until the squash is tender and the barley cooked through. Meanwhile, you can get to work on the rest of your menu, including a wonderful riff on gravy with preserved lemon, garlic, and white wine (or apple juice if you don’t want to use wine). It’s bright and acidic and gives wonderful balance to the earthy roast squash. Go ahead and carve the squash into wedges tableside if that’s your vibe, or steal away into the kitchen to plate slices with the gravy poured all around, toasted walnuts and fresh herbs scattered about. Either way it’s a holiday main almost anybody will love—my dad included.