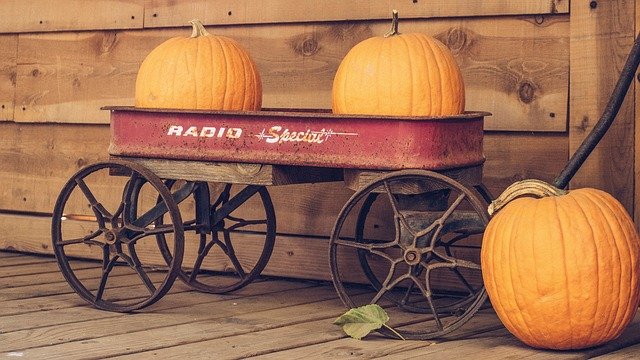 It’s quarter finals day at the 2021 Qatar QTerminals Classic – and there are four mouthwatering matchups coming up at the Khalifa International Tennis & Squash Complex.

We’ll have reports and reaction from all four matches right here. Peru’s Diego Elias and Germany’s Raphael Kandra get play under way at 15:00 (GMT+3). Both players came through five-game battles in the previous round, with Elias coming back from two games down to defeat Frenchman Gregoire Marche.

Meanwhile, Kandra dumped No.4 seed Marwan ElShorbagy out of the tournament.

Egyptian shot-maker Mazen Hesham locks horns with No.8 seed Joel Makin after that, before Mohamed Abouelghar clashes with No.2 seed Paul Coll.

Abouelghar is appearing in his first Platinum quarter final for over two years and will look to avenge a 3-2 defeat to Coll during September’s CIB Egyptian Open, where he lost after 87 minutes of intense action.

2017 runner-up Tarek Momen and U.S. Open champion Mostafa Asal bring play to a close at 17:15 in what looks set to be the day’s standout fixture.

It was only two weeks ago that Asal came back from two games down to deny Momen a maiden Platinum trophy in the U.S. Open final. The pair also have the makings of an intense rivalry following comments made by Momen on social media where he claimed Asal has a ‘win at all costs mentality’.

You can watch all the action LIVE on SQUASHTV.

Subscribe now to SQUASHTV using the code OCTWEB15 to get 15 months for the price of 12.

You can also keep up with the live scores from the event here.

Peru’s Diego Elias has reached his second Qatar Classic semi final after grind out a 3-1 win against Germany’s Raphael Kandra.

The pair had met just three weeks ago at the U.S. Open when Elias got the better of the World No.22 in four games, but it was a tighter fixture this time around.

Both players came into this match off the back of back-to-back 3-2 wins earlier in the event and the first game went the way of the ‘Peruvian Puma’ as he edged it in the latter stages.

Kandra responded in the second, capitalising on some loose shots from the languid No.6 seed and punishing him to the max to draw level.

The third game looked set to be a procession as Elias stormed into a 7-3 lead after rediscovering his short game, but a litany of tins saw Kandra come back to level at 8-8 and the German No.1 even held a game ball opportunity.

He was unable to convert though as Elias came back to win the third, which proved crucial. The physical toll on Kandra’s body resulted in him asking the referee for an injury break at the start of the fourth. He was denied his request, however, and his movement slowly broke down the longer the game wore on, with Elias closing it out with an 11-1 victory.

“He’s a very tough opponent,” said Elias, who will play either Joel Makin or Mazen Hesham next.

“We played two weeks ago at the U.S. Open and I was winning comfortably, but then he started fighting and it was a very hard match. I’m very happy with how I fought and I’m happy with this win.

“I’m playing very far from my best this week. I haven’t been playing well, but I’m very happy with the way I’ve closed out every match. I kept fighting to the end and maybe in the past it would have been different and I would have just given up and gone home.

“Now, it’s different. I think I’m ready to win tournaments, and I’m happy with this performance.

Welshman Joel Makin is through to the Qatar Classic semi finals for the first time after he overcame World No.13 Mazen Hesham in three games.

Their last meeting went all the way to five games, with Makin prevailing after a gruelling 82-minute battle.

Hesham proved to be a thorn in Makin’s side in the opening stages as he produced a number of eye-catching winners, but he followed that up with too many errors to let his opponent back into the match.

Makin made no mistake in closing out the first game, and Hesham was clearly injured in the second and third games as his movement died off.

A 11-9, 11-4, 11-3 victory in just 29 minutes has taken Makin through to back-to-back Platinum semi finals for the first time after a run to the U.S. Open last four earlier this month.

He will take on Peru’s Diego Elias next as he eyes up a first Platinum final.

“I thought he was struggling with his body,” Makin said.

“It didn’t look like it in the first game though, he was moving pretty well and whatever serve variation I tried to do, he seemed to hit a good shot off it. I had to keep mixing that up and tried to make things difficult for him. You never know what you’re going to get when someone is injured but I closed it down alright and used a bit of height, so I’m happy with that.

“I was disappointed with my form during the summer, it wasn’t where I wanted it to be, but I came out in America and put together the sort of squash I know I can play. I’m getting through to the semi finals now and I want to keep getting these wins. I’m fresh going into a match with Diego who has had some tough matches, so I’ll put some work into him and see what I can do.

“Sometimes if your squash isn’t that good you’ve got to push through matches. Mazen, Youssef Ibrahim, they all play disruptive squash and you’ve just got to hang in sometimes to get those wins when you’re not feeling good. When you do, it’s really enjoyable, and when your squash is coming together and you’re into the later stages without that tough match, there is an opportunity here this week for sure.”

Coll Comes Back from Brink to Halt Abouelghar

World No.3 Paul Coll came back from two match balls down in a gripping contest with Egypt’s Mohamed Abouelghar.

It was an incredibly high-quality affair that saw both players hit clean lines in a free-flowing match of squash. Coll had the better of the middle of the court in the first game, but Abouelghar really found his range at the front of the court to take the second.

Coll was unable to capitalise on a 6-3 advantage in the third as Abouelghar changed the angles and finished his opportunities well. The World No.15 then stormed into a 7-3 lead in the fourth and found himself two match balls up, but Coll dug in and came back to set up a nail-biting decider.

It was neck-and-neck until 8-8, when Coll was able to outmanoeuvre his opponent to seal the win and a place in the last four here for a second year in succession.

“It was an enjoyable match to be a part of and it was high quality,” said Coll.

“I was a little bit disappointed with some of the leads I had throughout the match, especially the third, when I didn’t close it out. Things kept going the wrong way for me, so it was a real mental battle for me. At the start of the fourth, I went down 6-1, I thought I was playing good squash but not winning rallies.

“I had to really stick to it mentally, dig deep and push through. I felt like it was close to me playing well and running away with it, there were a few leads here and there and a few shots that didn’t go my way. But I’m very happy to close it out and I’m looking forward to tomorrow.

“It’s a lot more enjoyable when it comes down to good, quality squash. I know he’s a fair player and it was a really enjoyable match, it’s what I play squash for.

“I’ve got a little one-second rule where I take time, slow everything down, slow my heart rate and my thoughts down because it could easily have run away from me there. It was all about calming down and not panicking.”

World No.10 Mostafa Asal has made it four successive wins over former World Champion Tarek Momen after he prevailed in a gruelling five-game battle to secure his place in the semi finals.

There is plenty of history between these two, with Momen commenting on Asal’s conduct on social media after their match at the CIB PSA World Tour Finals in June, while 20-year-old Asal came back from two games down to capture his first – and deny Momen his first – Platinum title at the U.S. Open earlier this month.

Like at the U.S. Open, Momen was on fire in the first game as he stormed to a one-game lead. A frustrated Asal’s anger with some of the decisions boiled over in the second game when he was penalised with a conduct warning for repeated discussions with the referee.

Asal found himself three game balls down and on the verge of another two-game deficit, but he fought back to level and then held a game ball of his own. At that point, Momen deserves credit for his sportsmanship, which saw him confirm Asal had hit him during his swing after his opponent had been given a no let against him.

However, that handed the game ball back to Asal, who made no mistake to level the scores, before battling through to take the third game too.

Momen was all at seas in the fourth game after falling 8-2 behind, but showed grit and determination to bring the scores back to 10-10 and another tie-break. There was then a big collision when Momen was tripped by an outstretched leg from Asal.

The result was an injury break for Momen – which required 20 minutes of treatment – and a stroke given against Asal to punish him for his movement. Incredibly, Momen returned to force a decider but eventually his movement dropped off and Asal closed out the win to set up a mouthwatering semi-final fixture with Paul Coll – who he has bested in all three of their PSA matches so far.

“I always believe if you have anything [wrong with you] you should retire,” said Asal.

“That’s what I did with Ali and it was the end of the game. It’s very tricky to play like that and I’m glad to move through. I wish him a speedy recovery, but I believe if you have anything you should retire.

“I’m facing my shoulder every single tournament and every single match. I’m responsible for my decision, my physio in Egypt said not to play the tournaments. He told me to rest and not play, but I said that if there was a percentage for me to play then I will play.

“If I lose I will not say to people that I’m injured. The first time in my career, professional or junior, was with Ali [at the Oracle NetSuite Open] and it was the end of the game. There was only one point to win the match. I always love to play but if you have issues and you can’t continue then you should shake hands.

“I’m glad to move through and I’m very pleased with my performance today. At the beginning I wasn’t playing my best squash, but then I started to play the squash I played at the U.S. Open. In the matches I’m getting better and better.”