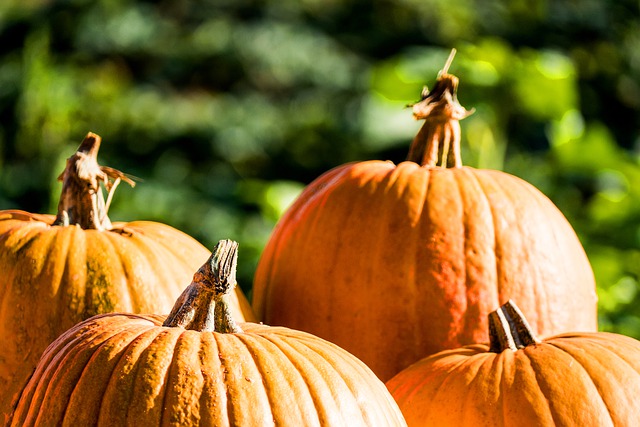 Have you seen that meme about how you can lose the little remaining joy you have in your life if you replace your morning cup of coffee with green tea? It’s so relatable. But it’s not because green tea is terrible; it’s that when you deprive yourself of something you enjoy, you end up unhappy.

That’s what I thought as I grilled slices of spaghetti squash on a comfortably cool October evening. Spaghetti squash is one of those foods that some people decide they don’t like simply because of its name. The name implies (and everyone claims) that this kind of squash is a healthy substitute for pasta. But it’s not.

Spaghetti squash is a kind of squash made up of long and thin strands, like spaghetti. Yet no sane person is going to eat it and think they have something that suitably mimics pasta. If you want pasta, have some. If you want squash, eat squash. Let’s eat healthy (whatever that even means, really) but let’s do it without the mindset that we’re missing out on something in the process. We can enjoy squash and pasta, just as we can both tea and coffee. We don’t have to pit everything in life against something else to find meaning.

In this easy fall dinner recipe, I combine those spaghetti squash strands with grilled shrimp and tie the two together in a quick cheesy lemon sauce made with ricotta and Parmesan.

I threw in some peas and arugula for added green stuff and garlic and red pepper flakes for flavor. Lemon zest and pepper add a citrusy zing while squeezing lemon juice over it all just before eating adds an extra burst of freshness.

I like to think that I’m breaking two other spaghetti squash misconceptions here as well. For starters, I cooked the squash on the grill. It cooks a little quicker that way, but I also find it enjoyable to stand next to a hot grill on a cool evening. It’s kind of like what having a backyard firepit would feel like if they were allowed in Rutland City. While I was at it, I put the shrimp on the grill as well. I just needed one pan inside to make the sauce and toss it all together.

The other unusual part is that instead of cooking the squash in halves, the most common method, I sliced it into rounds. The strands of the spaghetti squash go in a circular direction around the squash. By slicing the rounds, you can get the longest strands possible and avoid cutting them in half.

While this isn’t a spaghetti substitute, there’s nothing wrong with enjoying it in a similar fashion with a sauce, protein, and other vegetables. It’s delicious for what it is, rather than for what it’s not.

1 lemon, zested, then cut into wedges

Preheat your grill to medium-low heat.

Slice the top and bottom off of the squash. Cut into rounds about a quarter-inch thick. Scoop the seeds out of the center of the rounds and then brush the squash with 1 tablespoon of olive oil and 1 teaspoon of lemon pepper. In a bowl, toss the shrimp with another tablespoon of oil and the remaining teaspoon of lemon pepper. Spread the shrimp out on a small baking sheet.

Arrange the squash slices on the heated grill and cook for about 15 minutes per side or until a knife easily slides through it. They should be a little charred, but be careful not to burn. In the last 5 minutes of cooking the squash, place the baking sheet of shrimp on the grill and cook for a couple of minutes. Shake the tray and cook 2-3 minutes more or until the shrimp is cooked. It won’t take long.

In a large pan, heat the remaining tablespoon of olive oil over medium heat. Add the garlic and red pepper flakes and cook for about a minute while you stir. Add the broth, peas, and arugula and simmer until the peas are hot and the arugula is wilted. Turn off the heat and whisk in the ricotta, a half cup of Parmesan, and the lemon zest. Gently stir in the squash and shrimp to coat in the sauce. If no longer hot, turn the heat back on the pan to warm everything back up.

Taste and add up to a 1/2 teaspoon of kosher salt, if needed. Serve topped with Parmesan, lemon wedges, and parsley.