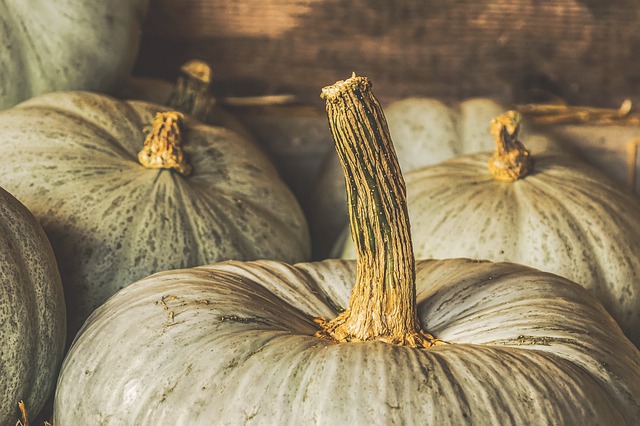 Albert sources local foods that are traditional to Cherokees such as sweet corn and Cherokee tan pumpkins from the CN seed bank. Other ingredients are new potatoes, onions and garlic.

Albert said Cherokees can source the ingredients from their gardens using heirloom plants, the grocery story or a farmers market.

“Our ancestors ate in a really healthy way. They grew all of their own crops and they were nutrient-dense types of corn and beans and squash,” said Albert. “So I try and find ways to incorporate those ingredients back into our diet, like reinvent recipes that taste like that comforting chowder or taste creamy and taste satisfying but reincorporate those traditional ingredients to restore our health and well-being.”

To make chowder for about 10 to 12 people, Albert starts with shucking six ears of sweet corn.

“So we take the sweet corn and pull the shucks off of it and I roast it, which you can do in the oven or you can do on a grill,” she said.

She saves the cobs and boils them in a pot of water to create a broth for the chowder’s base. “It’s like using corn cob as the bones to make your stock. So you boil that for maybe 30 to 45 minutes. Really you just want smell the aroma of that fresh roasted corn in the broth, and it’ll take on a really pretty pale-yellow color, and you know you’ve gotten all of the flavor out of those corn cobs,” she said.

She cuts about 2 pounds of squash or pumpkin into cubes, cuts about 1-1/2 pounds of new potatoes into bite-sized pieces and dices 2 cups of onions mixed with garlic.

Once the broth is done, Albert places the cubed squash or pumpkin into the broth and boils until soft. “You simmer that until the squash is really, really soft,” she said. “Then you can either puree that with an immersion blender. If you don’t have one of those you can transfer it to a blender or a food processor. You puree it until it’s nice and smooth. It’ll be pretty thin. It won’t be that thick creamy chowder consistency but it thickens as it cooks.”

While the pumpkin is boiling, Albert sautés the onion and garlic mixed until golden brown in a small frying pan. “I’ll add that to the pot for flavoring,” she said.

Once the pumpkin is pureed and the onion and garlic mix is added, she adds the potatoes and reserved corn to the mix and boils until the potatoes are soft and the entire chowder thickens to a creamy consistency.

“The flavor of this, it actually has a little bit of sweetness,” she said. “It’s kind of sweet and savory. It’s got the sweetness from the sweet corn and then the squash itself, depending on your squash. It could be real sweet or it could be more on the savory side, like Cherokee tan pumpkins that I’m using in the batch I’m making today they’re very sweet.’

“I know for myself, personally, I am trying to eat healthier,” Albert said. “I want to feel better; I want to live longer and pass on healthy habits to my kids. I want them to crave healthy food. I think that’s it’s an issue that we’ve struggled with in Indian Country. We have epidemics of obesity and heart disease and diabetes and all of that comes from our reliance on commodity foods and processed foods because of our removal from our traditional food.”

“It also is good for our spiritual health because those ingredients are things our ancestors left for us, and when we use them in our food and we tell those stories and keep the story of like Selu, our corn mother, a part of our dinner table,” she said. “That connects us to our culture. There’s so many foods that come out of a box and there’s no story to that. There’s no cultural heritage to that. There’s no nutritional value to it. But when you use our traditional foods you can talk about how our people have been growing these Cherokee tan pumpkins for generations. Before European colonizers ever arrived here, we had these foods and they kept us healthy and strong and kept us connected to the land.”