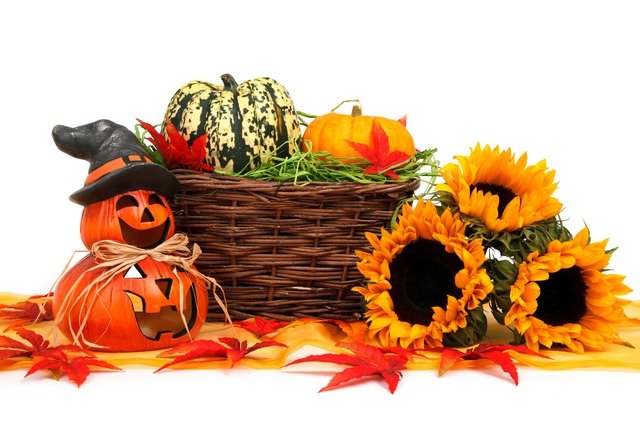 The two mega vegetables were dropped from a crane to raise money for the Kittson County Literacy Council. The pumpkin, all 1,672 pounds of it, was dropped into a kid’s swimming pool, while the 1,429 pound squash — a Minnesota state record for such a vegetable — crushed a Geo Metro car. It’s part of an annual event in Lancaster, Minn., a short drive northeast of Hallock, to raise money for the charity. Called “The Pumpkin Drop,” the event is now in its eighth year.

More than 300 people gathered at the driving range of Lancaster Riverside Golf Course on Saturday afternoon. The grey sky didn’t stop those on hand from enjoying seeing the mammoth fall vegetables explode on impact, after the crowd shouted out a countdown for each one.

“It’s kind of a good ending to the season because it’s like an hour and a half each day of work probably,” said Charlie Bernstrom, one of the organizers of the event, and the grower of the giant vegetables, about what it takes to raise them. “Good entertainment; you don’t see it everyday.”

Bernstrom works with his wife to raise money for the Literacy Council. He said Saturday’s event would raise about $1,000 for the charity.

When it came time to drop the giant squash, certified to be a record holder by the Great Pumpkin Commonwealth, an international organization of giant pumpkin enthusiasts, people gathered around an area taped off for safety.

The squash was hoisted in the air by the crane, and a young child, chosen by a drawing and standing a safe distance away, got to pull the rope to release it. The squash was destroyed, smashed into innumerable chunks. While the pool somehow managed to survive the encounter, that wasn’t the case for the Geo Metro.

Jacob Maier, who emceed the event, got the crowd riled up for the grand finale.

“Are you guys ready to see a car get smashed by a pumpkin?” shouted Maier into a microphone. It was a question he repeated when he wanted the audience to scream louder. And they did.

The car was completely crushed when the orange pumpkin, resembling a hard shelled blob, landed on the roof of the Metro, dubbed “Chery” by the previous owner, according to Maier.

Saturday was a day of flying pumpkins in Lancaster. Also on hand was a pumpkin gun, made from what appeared to be a large propane tank and the tube from a grain auger, powered by an industrial air compressor. The operator flung normal sized pumpkins at an old car at a surprising rate of speed. They completely disintegrated upon impact. At times the pumpkin gun flung then through the air, until it appeared as only a tiny dot, about 400 yards away.

After the giant vegetables were dropped, and when people picked through the mushy remains for seeds or chunks, people were invited to warm up with hot chocolate and other drinks inside the golf course’s clubhouse.

“(I’ll) feed it to the chickens,” said one man, carrying a single giant chunk of smashed pumpkin.